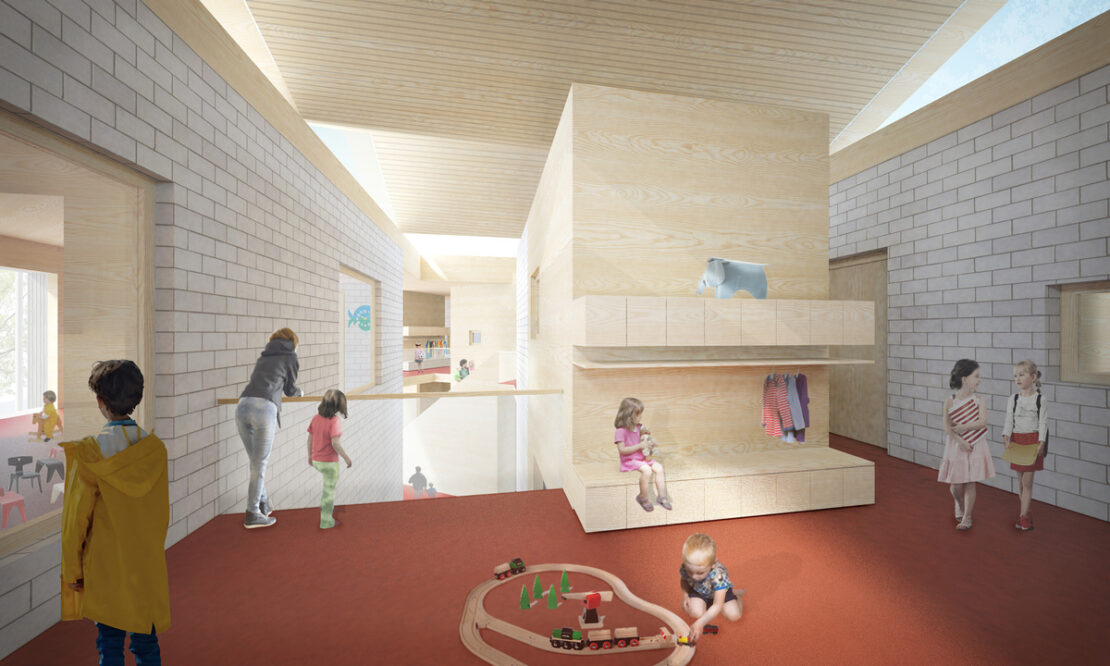 The new daycare building is a two-story, compact structure on the northwestern edge of the site and Ortlerweg. The building is formed by three interconnected functional blocks and a central access zone. The two blocks facing the garden consist of group rooms and ancillary rooms that belong together. The third functional block is oriented towards the street with the multi-purpose room on the ground floor and the other functional rooms on the upper floor. The central access zone extends openly over the two floors and is two floors and is structured by a band of checkrooms and WCs. This band is a striking design element and offers the children offers the children a variety of room situations, seating niches and views. The building is to be constructed in a hybrid construction method. The exterior walls, ceilings and roofs are prefabricated wooden elements. the vertical lathing facade is planned in pre-weathered larch wood. In this way, the construction binds a large amount of carbon dioxide in the renewable raw material wood. Internal load-bearing walls are planned as exposed masonry, using lime-sandstone in gray color. These wall surfaces serve as high-quality thermal storage masses that structure the interior in terms of design and can be erected cost-effectively. They contribute significantly to a comfortable indoor climate and, in combination with passive solar heat gain, have the following effects through the generous glazing of the group rooms.